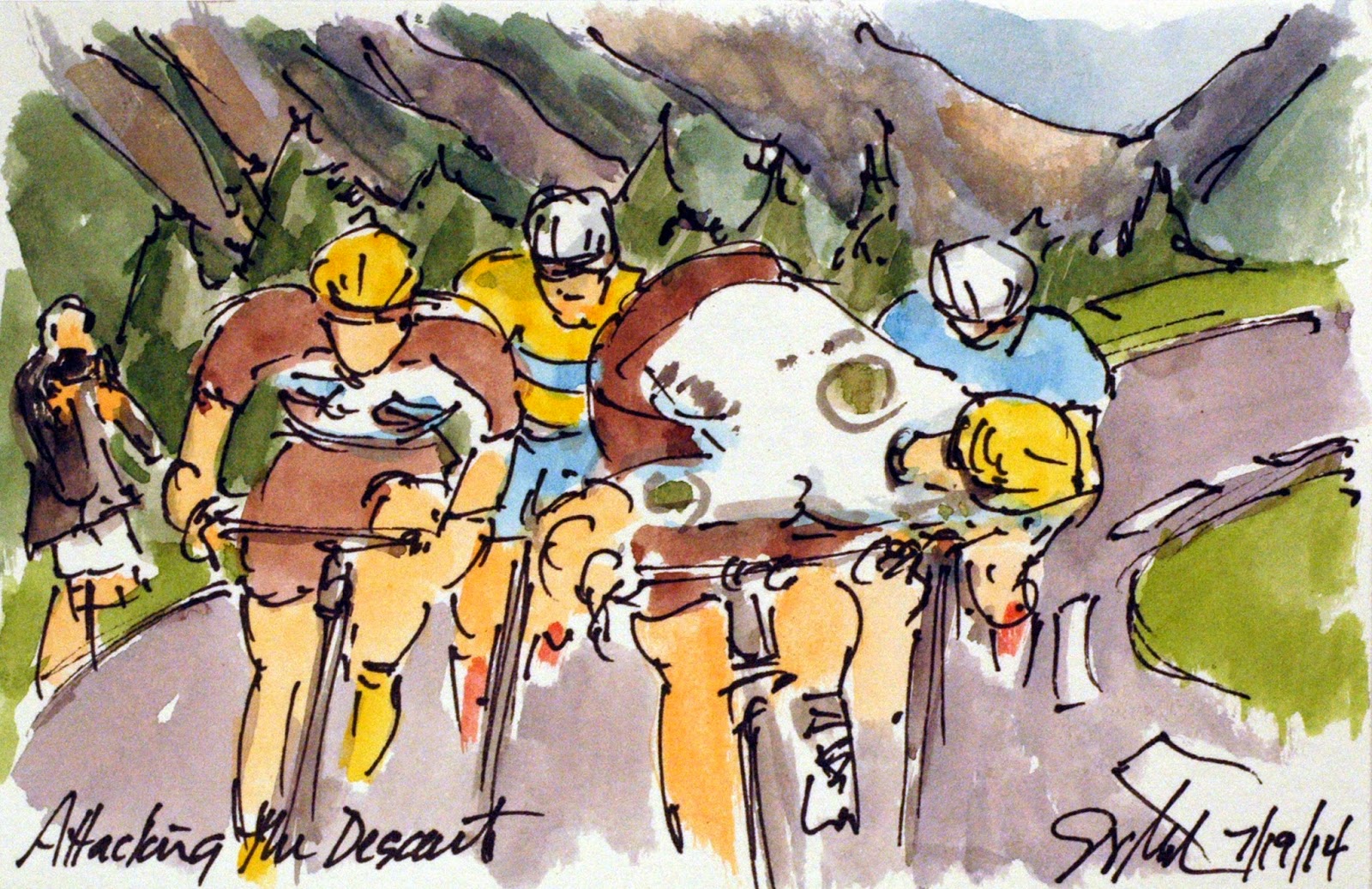 The Tour de France has numerous races within the competition for the overall lead and its Maillot Jaune.  One of the hotly contested interior races is the combination competition between Romain Bardet (AG2R) and Thibaut Pinot (FDJ).  The pair are fighting it out for the best young rider's White Jersey and for the honor of being the highest place Frenchman in the Tour.  It speaks well for the future of the French in their own Tour, that these are some of the youngest men in the race sitting in the top 5 in the General Classification.  Bardet knows that Pinot is not the most daring of descenders, so he used the top off of the Col d'Izoard, with the help of his teammate, Jean-Christophe Peraud, to try and distance himself from his countryman.  The move surprised everyone.  Jakob Fuglsang (Astana) help bring his team leader, Vincenzo Nibali, up to the charging Bardet, but the rest of GC men where being distanced on the descent.  It is impressive that it was Fuglsang who put in the very high speed chase down the mountain, it was he who had the spectacular crash on a descent the day before.  It may have removed some layers of skin, but it did nothing to damage his nerve.  This is a small original watercolor and ink painting that is available through my artist website at www.greigleach.com and it will appear in my soon to be self published, "Book de Tour."  To learn more about the book project, to pre-order your copy, or to discover how to become involved in bringing the 101st Tour de France to print, please visit https://www.kickstarter.com/projects/1335072134/book-de-tour.  There are some wonderful backer rewards all of which include the Backers name in print on the Special Thanks Page of the book.  Other incentives include an artist signed book, pins, original art, and a few lucky signed copies, signed by whomever wins this Tour de France.  If you would rather just purchase this particular painting, please follow the direct link at the end of this post, but wouldn't you rather have a copy of "Book de Tour" too?