Tour Stage 18: Down to Seconds 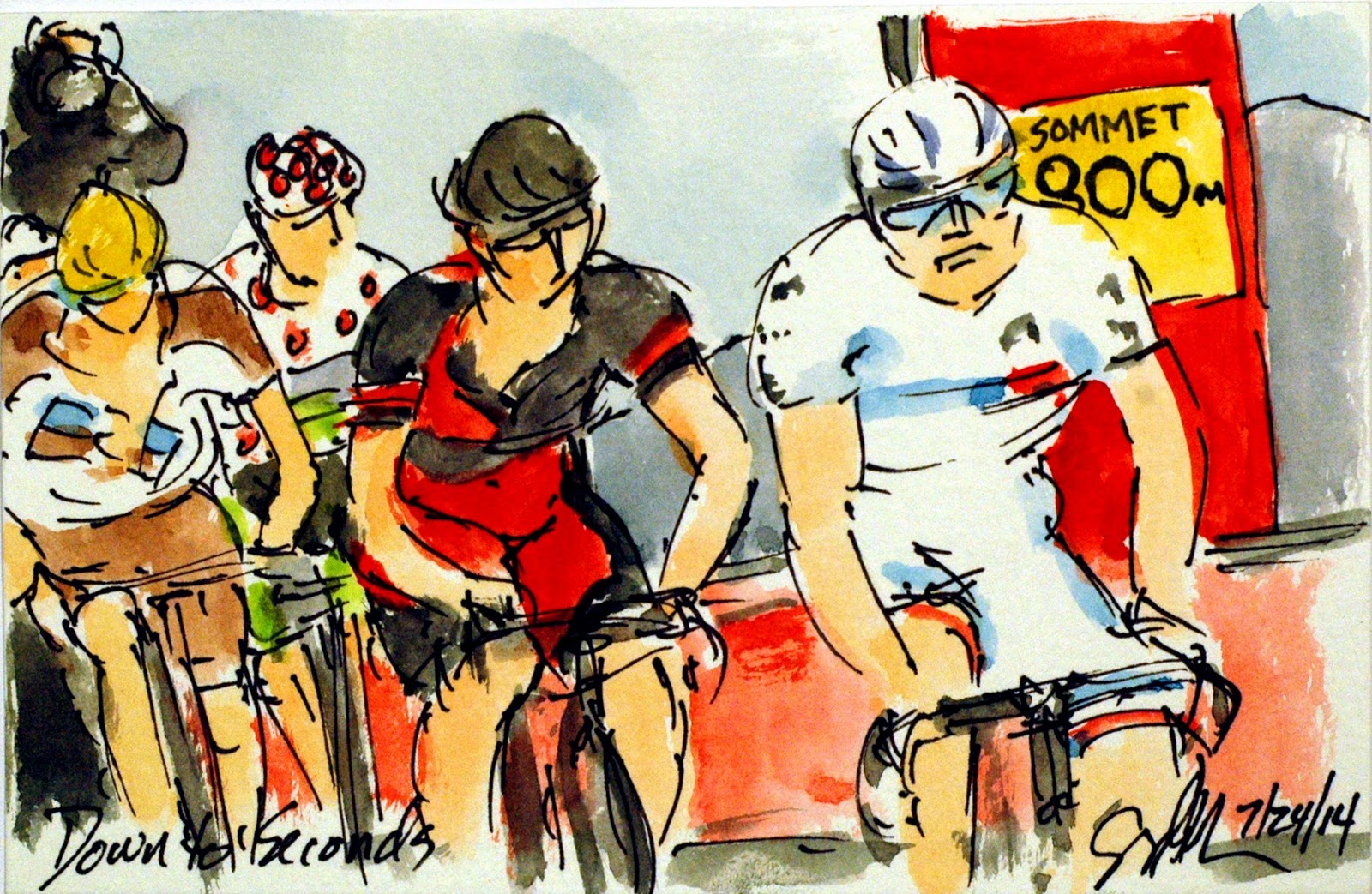 Although there was no hope of catching the soaring Niblai, the next four men on the road were racing for time gaps that would be measured in seconds.  Nibali had almost six minutes on the second place rider, Alejandro Valverde (Movistar), the next four placings were separated by under three minutes.  So it was that Thibaut Pinot (FDJ), Jean-Christophe Peraud (AG2R) and Tejay van Garderen (BMC) were going as hard as they could, having dropped Valverde.  With 800 meters left to race in the high mountains, Pinot was the virtual second overall and his countryman, Peraud was onto the podium in third.  Tucked onto their wheels was the Polka Dot clad, Rafal Majka, who had his own chasing to do.  If Nibali won the stage (as he was sure to do) Majka was going to have to finish in the top six on the stage to keep his spotted prize all the way to Paris.  Tejay just wanted to hold his sixth and have the personal satisfaction of redeeming his one bad day in the mountains.  Behind them all, capturing every pedal stroke were the daredevil camera men, standing on the back of a motorcycle with a video camera on their shoulders.  This is a small original watercolor and ink painting that is available through my artist website, www.greigleach.com.  This painting and all of my cycling art from the 101st Tour de France will be included in my soon to be self published tome, "Book de Tour."  To learn more about the book project, to pre order your copy of the book, or to discover how you can become part of bringing the art of this Tour to print, please visit https://www.kickstarter.com/projects/1335072134/book-de-tour.  To purchase this particular painting, just follow the direct link at the end of this post.