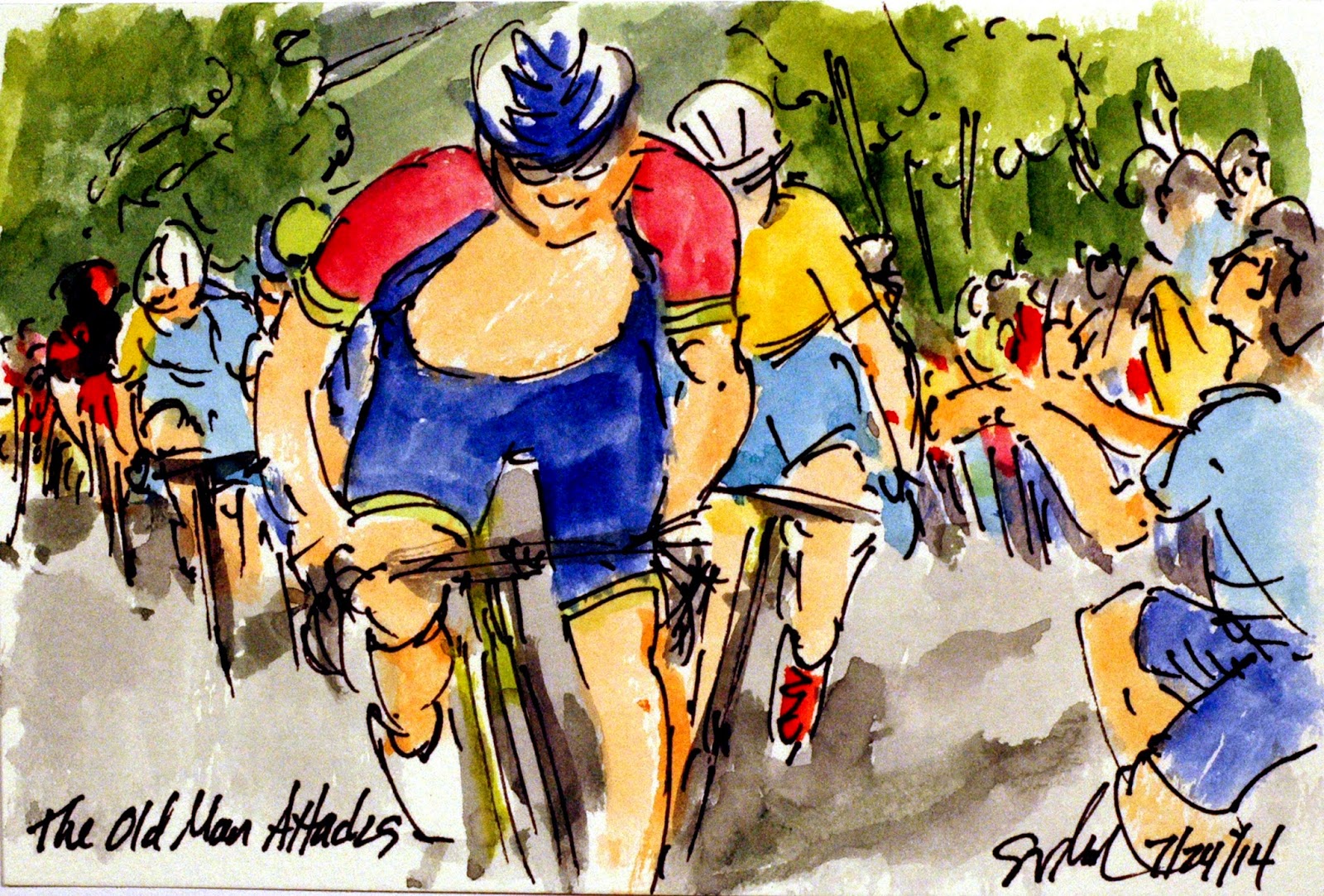 Chris Horner (Lampre-Merida) is the second oldest man of the Tour de France peloton, just a couple of months younger than Jens Voigt (Trek Factory Racing).  Horner, now able to ride for himself since Rui Costa was forced to retire from the Tour due to illness.  Horner has been riding well, particularly given the serious train wreck that he experienced early in the season, a wreck that nearly left him unable to walk again and by all rights, should have been the end of his career.  The professional peloton his made up of men that simply won't quit regardless of the hardships they have endured.  But to be able to race flat out for 21 days with short stages covering over a hundred kilometers, the mental and physical fortitude of these cyclists simply won't allow themselves to throw in the towel.  Many of those that have left the race have done so after finishing a stage with broken bones.  When Horner made his attack, the only man who could go with him was the Yellow Jersey of Vincenzo Nibali (Astana) who used Horner's move as a spring board for an attack of his own.   This is a small original watercolor and ink painting that is available through my artist website at www.greigleach.com.  This painting will be included in my soon to be self published tome, "Book de Tour."  To learn more about the book project, to pre order your signed copy, or to discover how you can be a part of bringing the 101st Tour de France to print, please visit https://www.kickstarter.com/projects/1335072134/book-de-tour.  There are some great Backer incentives with rewards starting for pledges as little as $5 USD.  To purchase this particular painting just follow the direct link at the end of this post.