US Pro Challenge Stage 4: After One Man 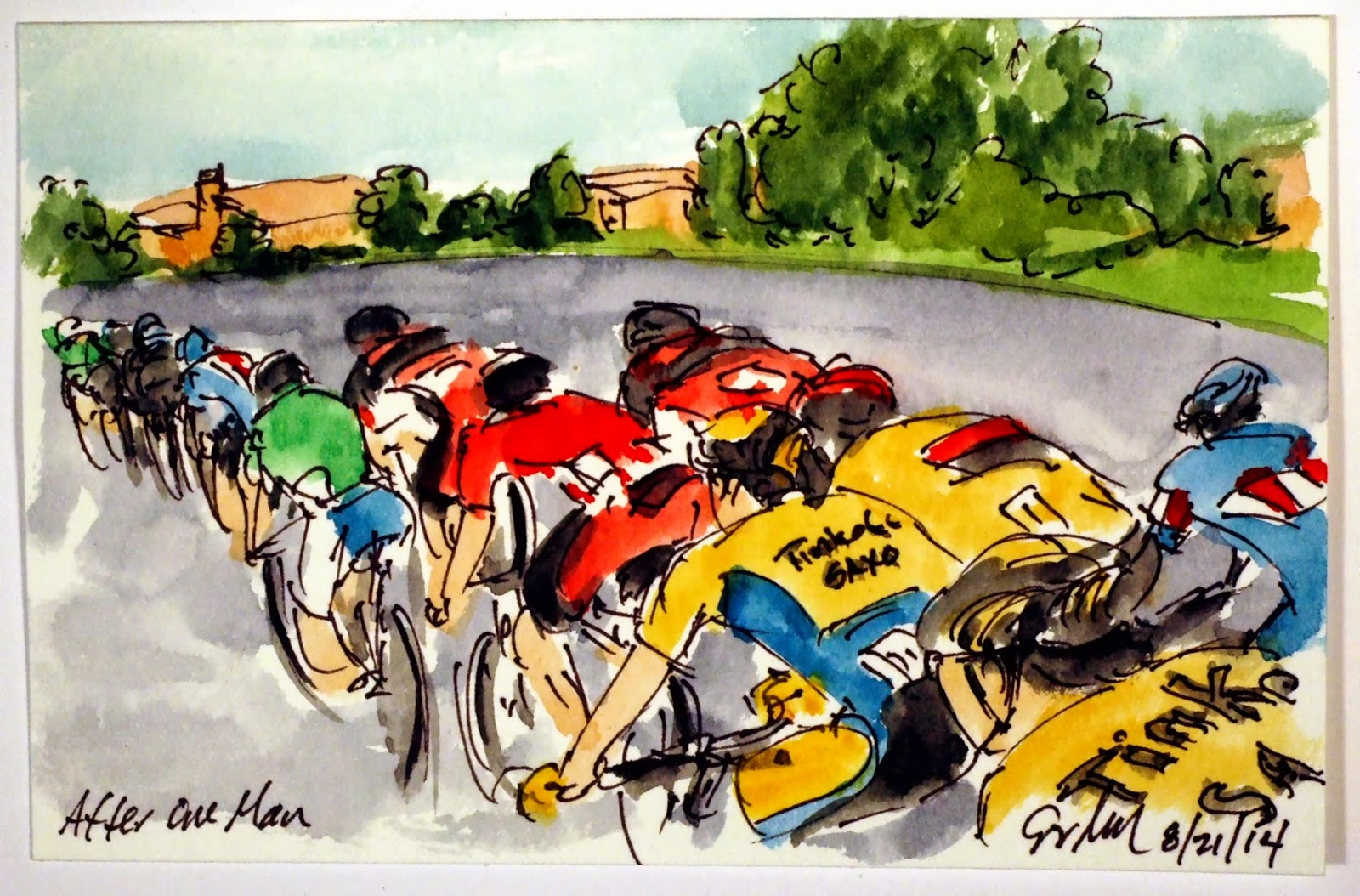 The sprinter's teams were not happy to have such a strong man as Jens Voigt (Trek) up the road and set after him at full speed.  Normally the peloton can go considerably faster than a lone rider, just be virtue of those on the front of the peloton being able to take turns in the wind and in the slipstream, while the man out front is pushing against the wind all of the time.  There is a rough formula, that the break needs at least a minute per kilometer to the line if it is going to have a chance of staying away.  The peloton was only a minute and a half behind with five kilometers to go, but it was Jens Voigt who was out front.  Another variation in this race was Trek had broken the tradition and actually put Frank Schleck and Laurent Didier on the front to disrupt the sprinter's trains and the peloton's chase, hoping to give their man the honor he so richly deserves.  Tucked into this group are the race leader, Tejay van Garderen (BMC), second place Rafal Majka (Tinkoff Saxo) the current Sprint jersey on the shoulders of Kiel Reijnen (UHC) and the KOM jersey of Ben Hermans (BMC).  BMC had no interested in catching the German, but many others had hopes of taking out the stage win.  This is a small original watercolor and ink painting that is available through my artist website at www.greigleach.com.  To purchase this 4"x6" painting, just follow the direct link at the end of this post.