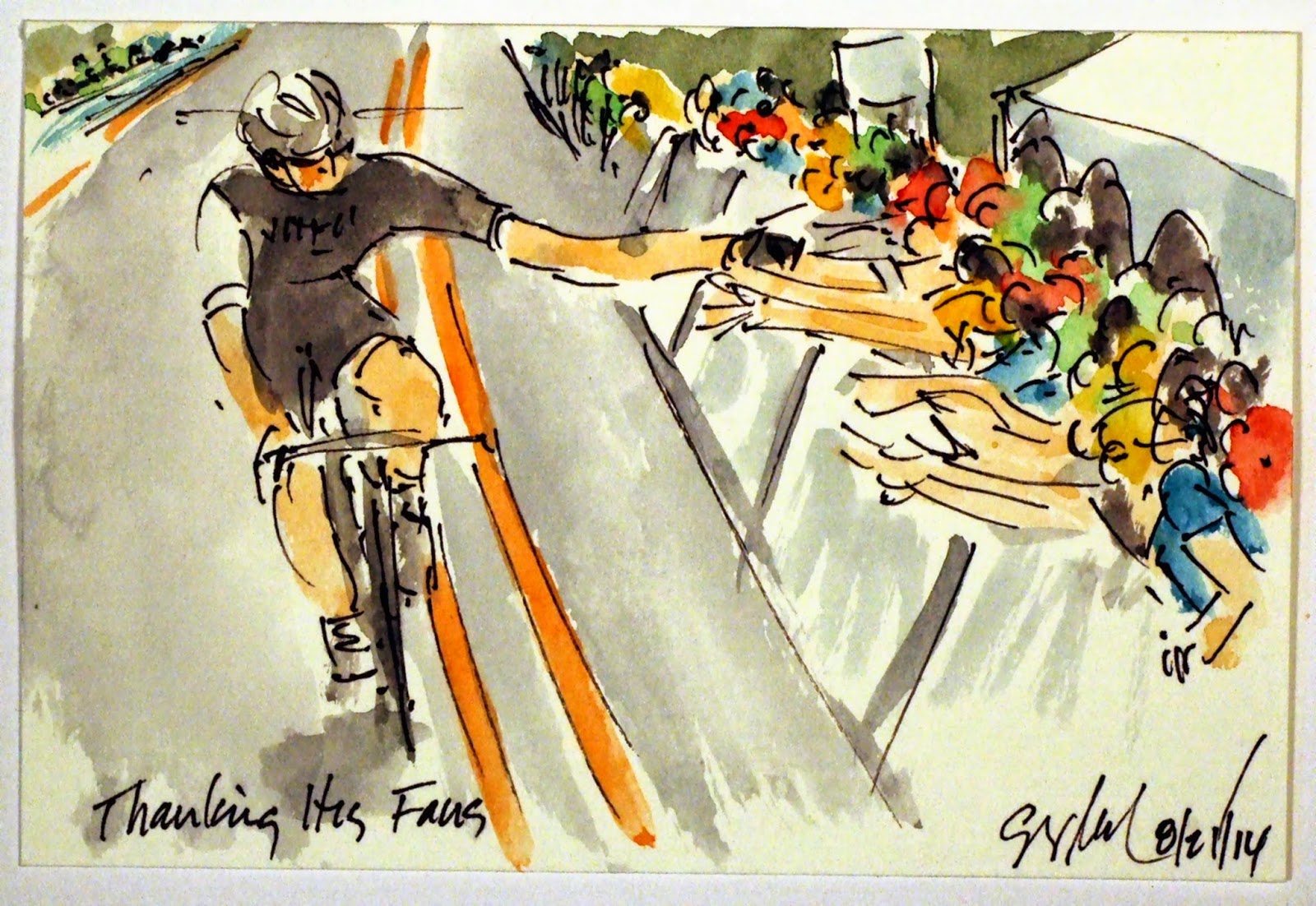 When asked if he would be given an honorary lap of the Champs Elysees before riding his final stage of the Tour de France, Jens Voigt replied, "Honor in cycling is not given, it is earned."  Today he was not given a stage victory and he came 750 meters short of earning the victory as well.  Just as he attacked on the Champs Elysees, but did not win the stage.  However, he has won the hearts of cycling fans around the globe, and today reached out, high fiving scores of those along the side of the road as he rolled towards the finishing line behind the peloton.  Once he had been caught, there was no reason to keep racing.  He will need a very long arm indeed to high five all of those who are fans of this senior statesman of cycling.  This is a small original watercolor and ink painting that is available through my artist website at www.greigleach.com.  To purchase this 4"x6" painting just follow the direct link at the end of this post.  Be warned, this is a first come first served chance to own one of the last paintings done live from Jens Voigt racing.