US Pro Challenge Stage 6: Besting His Own Time 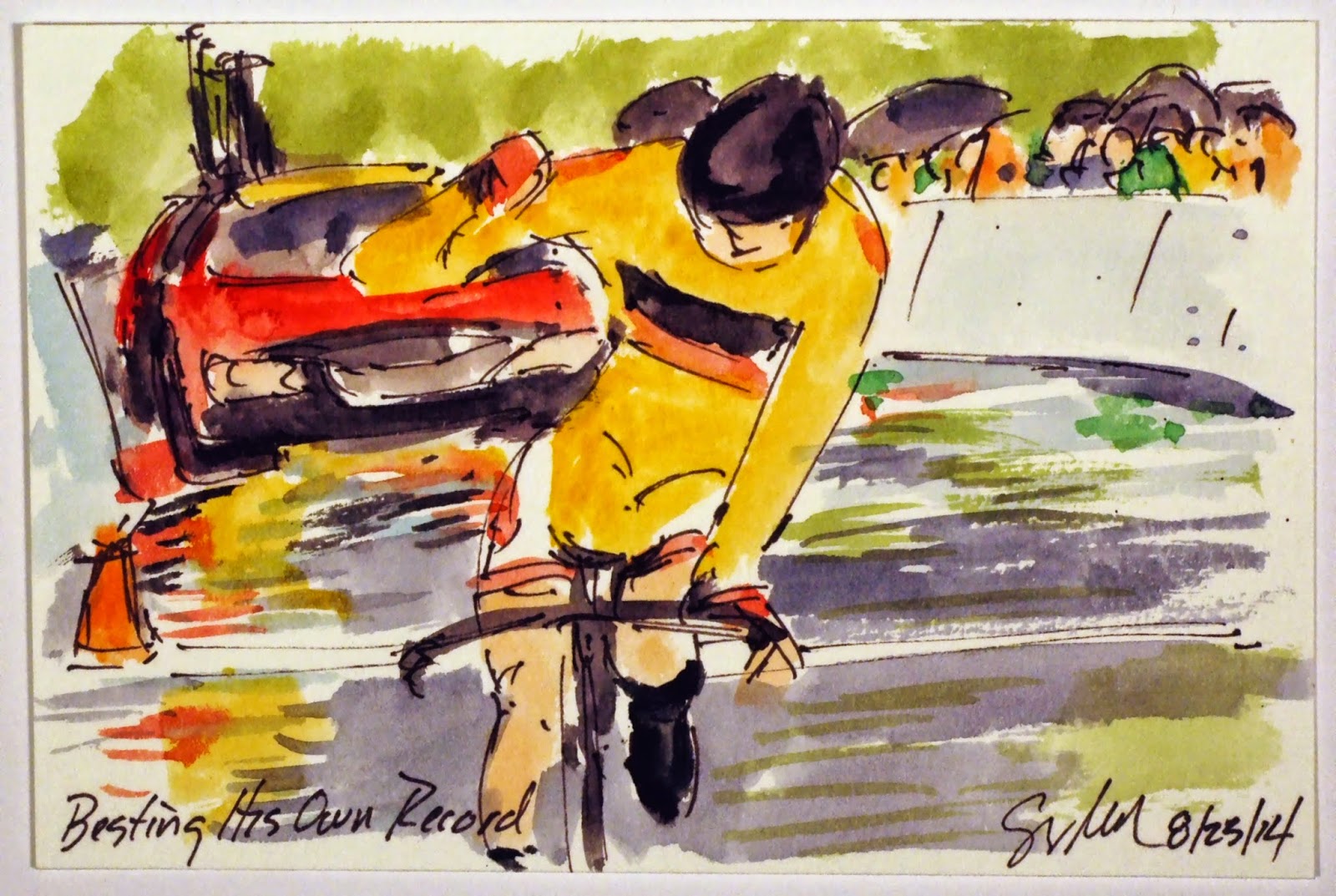 Tejay van Garderen (BMC) came back to his home stage of Colorado with something to prove.  He is defending his win of the 2013 US Pro Challenge and has been gaining time on his rivals in virtually every stage of the 2014 edition of the race.  With his nearest competitor starting the day 20 seconds down, van Garderen could have sat back and played it safe today, but just like Vincenzo Nibali in the Tour this year, van Garderen came to stamp his authority on the race. He already holds the record for the ascent of this very course up to the Vail Pass, a record of 25 minutes and 2 seconds.  Today as he crossed the line he punched the air, and punched a hole in his own record completing today's time trial in 24 minutes and 26 seconds.  He covered the course 36 seconds faster in the pouring rain, obviously he wasn't just playing it safe.  The first racer to congratulate him at the finish line was the now second fastest on the day, Tom Danielson (Garmin Sharp).  Danielson said into van Garderen's ear (a little too loudly for TV), "You are on fast MFer" as he gave the near certain winner of the 2014 US Pro Challenge a big hug.  Danielson could afford a certain amount of generosity, he had just ridden hard enough to put himself into second overall.  This is a small original watercolor and ink painting that is available through my artist website at www.greigleach.com.  To purchase this 4"x6" watercolor and ink painting, just follow the direct link at the end of this post.