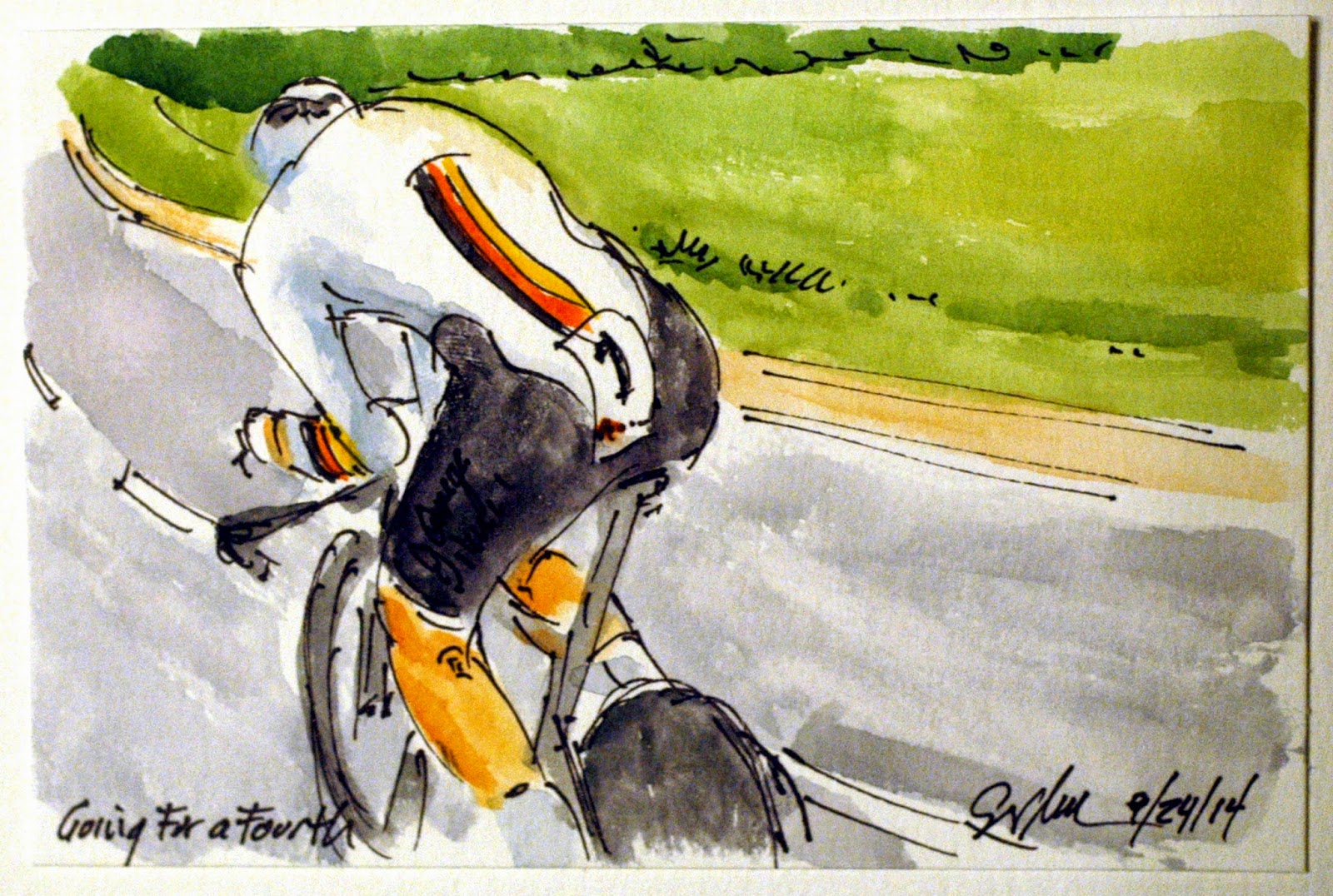 Tony Martin rolled down the start ramp and out on the course around Ponferrada, Spain, in search of a record breaking fourth consecutive World Time Trial Championship.   Martin of Germany, has an incredible record in the Worlds and in German, as well as the ProTour calendar.  This year he won the only time trial in the Tour de France, but also claimed his first road race stage victory in his career in the same Tour.  Wearing race bib number one, he was the last to head around the 29.5 kilometer course.  An advantage as he will know the split times of everyone on the road ahead of him.  He would always know if his efforts were enough, but he had some very stiff competition just two minutes up the road.  This is a small original watercolor and ink painting that is available through my artist website at www.greigleach.com.  To purchase this particular painting, just follow the direct link at the end of this post.  While you are there, why not take the time to look around at all of the artwork on offer?