Tour Down Under Final Stage: A Final Salute 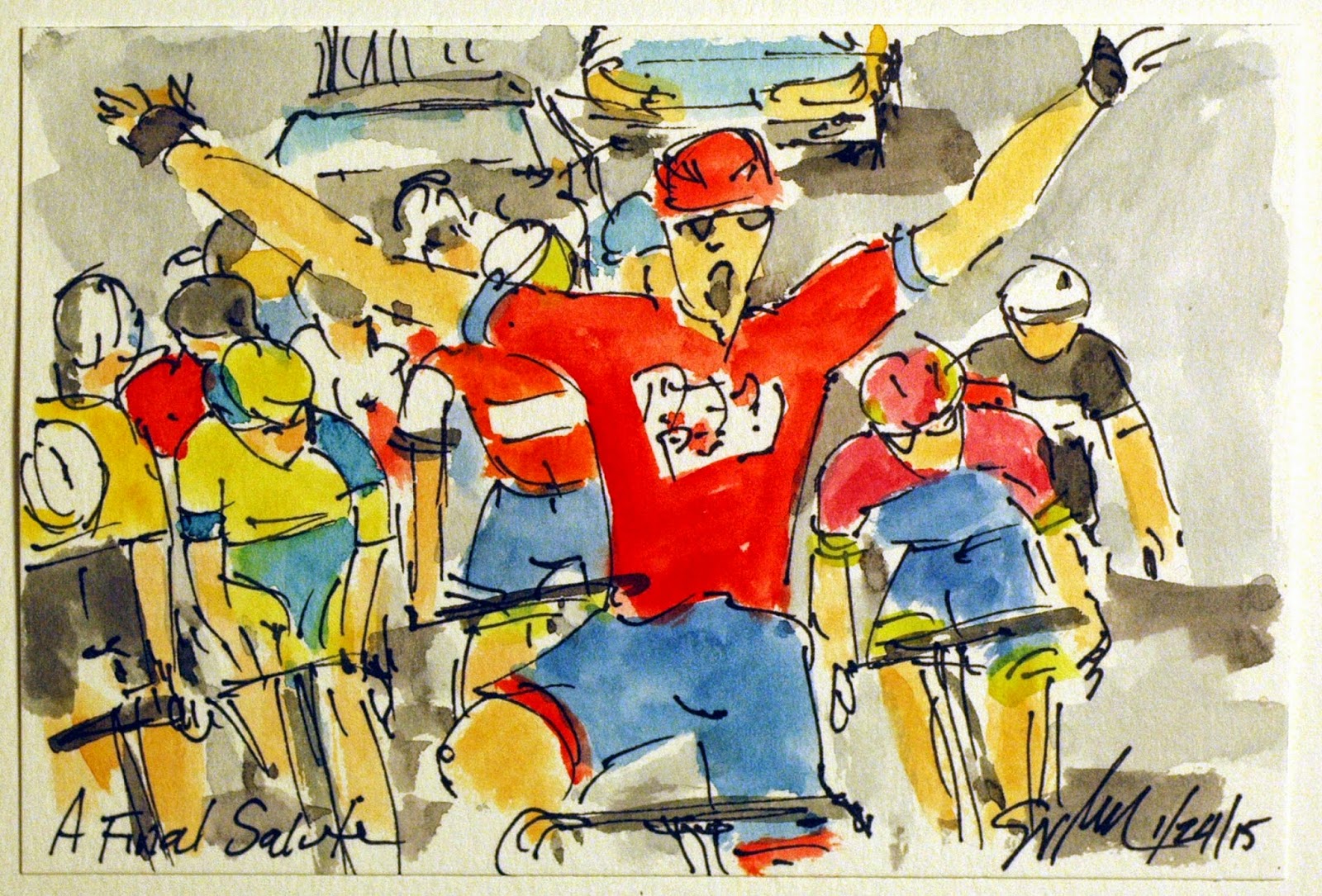 On the penultimate lap of the final stage of the Tour Down Under a rather large pile up took out a number of members of the peloton, many others were so slowed down that they were never going to see the front end of the race again.  One of those caught out was the celebrated sprinter, Marcel Kittel (Giant-Alpecin).  But not to discredit the powerful fast men that made it to the line, it was Wooter Wippert (Drapac) the lone Dane riding for an Australian team, who threw his arms up in victory on the streets of Adelaide.  Daryl Impey's 5th place finish secured his Points Jersey, and with Rohan Dennis and Cadel Evans (BMC) both managing to be ahead of the crash, Dennis won the 2015 Tour Down Under and Cadel Evans claimed a podium position in his last ProTour race.  Jack Bobridge proved that his efforts on the first ascent of Willunga Hill was enough to win the King of the Mountains Jersey.

This is a small original watercolor and ink painting that is available through my artist website at www.greigleach.com.  To purchase this particular painting, just follow the direct link at the end of this post.  If you have enjoyed reading this coverage of the Tour Down Under, be sure to check out my new book, "Book de Tour - Art of the 101st Tour de France".  You can order your copy from the publisher's website here, http://www.dementimilestonepublishing.com/#!book-de-tour/c1nth