Rio Olympics: Not Done Yet 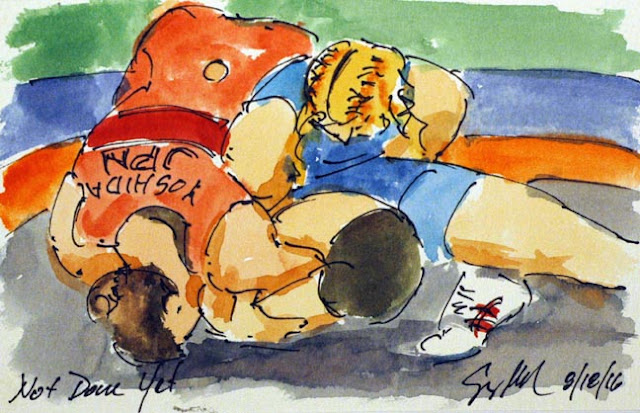 Yet again, there is a reason you actually play the match.  Saori Yoshida (Japan) had only lost two matches in the last fourteen years and she was going up against a young American, Helen Louise Maroulis.  Maroulis went into the final couple of minutes with a couple of points lead, but early Japanese matches had been won in the final seconds of the final round.  So while Yoshida was behind, the match wasn't over yet.  But instead of the star of Japan getting a take down, it was the American Maroulis who scored with just two or three seconds left.  With that, all she had to do was dance away until the final bell and the Gold Medal would be hers.  The first Gold for the United States in Olympics women's wrestling.  Yoshida did get the Silver, but she cried throughout the Medal Ceremony.