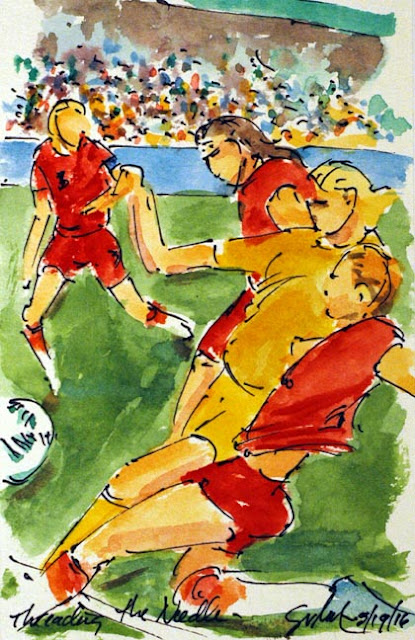 The German and Swedish women played a scoreless first half in the Gold Medal Match of Olympic Football.  Germany scored the first of two goals just four minutes in to the second half.  Sweden played hard and put a finely placed pass into the net to come within one point of the Germans.  Germany's second goal had been kicked into the Swedish net by one of Sweden's defensive players.  With the score now 2-1, she must have felt awful.  When the game ended with the same score, I am sure she held her head low.  Germany claimed the Gold, but Sweden's Silver is the first time they have ever made it to the podium since women's football was added to the Olympic Games.  This might be why I was never a truly successful athlete, had I been one of the Swedish players, I would have gone into the game feeling like I had already won.

This leaves only one more full day of competition, since Sunday ends with the closing ceremonies.  This has been fun, hard and a lot of work, much like what the athletes have gone through themselves.