Paris Roubaix: Do We Keep Going? 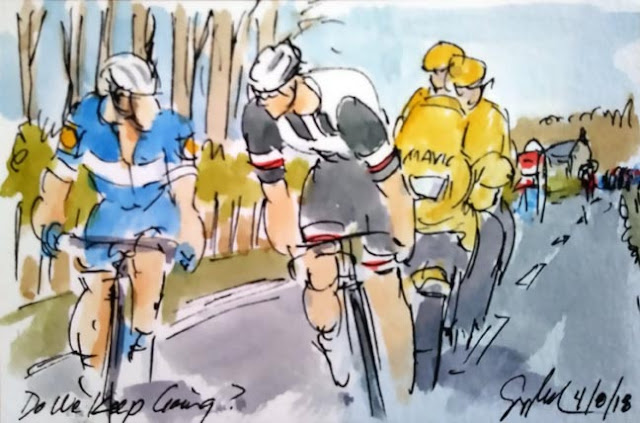 First it was Mike Teunissen (Sunweb) who launched a counter attack to catch the ever dwindling break away up the road.  His move was quickly covered by Philippe Gilbert (Quickstep).  Quickstep was playing a numbers game covering all of the moves and boasting two former winners of Paris Roubaix at the start of the day.  The famed Tom Boonen, who has won this race four times, is a former member of the team as well.  They know how to get this done.  One snag with today, however, they have let Peter Sagan (Bora-Hansgrohe) slip up the road to join the remanents of the early break.

Posted by artofcycling at 10:35 AM