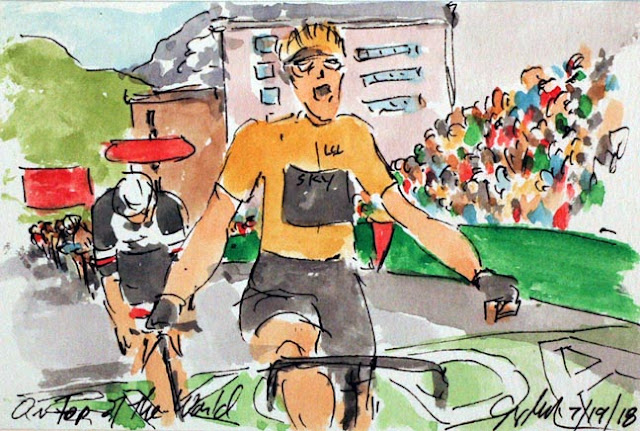 While it was Romain Bardet (Ag2r La Mondiale) who went first, it was Geraint Thomas (Sky) who took the stage win.  Thomas takes his second stage win and increases his lead over his teammate and team captain Chris Froome.  Froome was fourth on the day with Bardet holding on for third.  For the second day in a row Tom Dumoulin (Sunweb) took second on a mountain top finish.  The Dutchman got two more real seconds on Froome and another six bonus seconds.  However, Team Sky still has a very powerful one two to throw at any other GC hopefuls as we head down towards the Pyrennes.  Tomorrow will be a day for the sprinters, at least those that are still left in the Tour.