Tour, Stage 18. Worth the Suffering 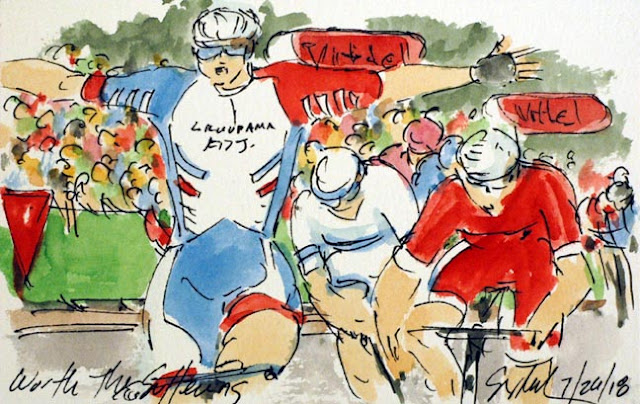 Arnaud Demare (Groupama-FDJ) has been just barely finishing inside the time limit for the last two days.  The joke is that sprinters are allergic to the mountains.  What makes a fast sprinter usually turns them into bad climbers.  It is all about fast twitch muscles and weight to power ratios.  Today, he got to make all of the suffering worth the effort.  He was able to claim his first stage of the Tour and the third stage for the French.  Nicely for the French, it was Christophe Laporte (Cofidis) who took second, making it one/two for the French and for French teams.  Still hanging about for third was the European Champion, Alexander Kristoff (UAE Team Emirates).  He was able to add to his sprinter points total, but Peter Sagan (Bora-Hansgrohe) took eighth on the stage despite being banged up on stage 17.