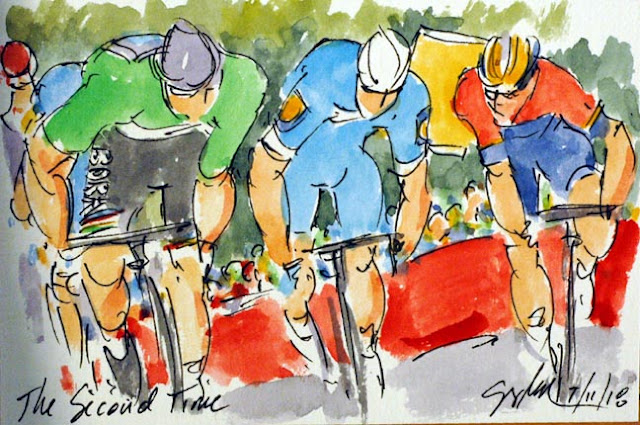 It was Peter Sagan (Bora Hansgrohe) that crossed the top of the climb first in Quimper!  That makes it two stage wins, and two second places thus far for the Slovakian sprinter who is so much more than merely a sprinter.  He was just able to hold off the only other sprinter, Sonny Colbrelli (Bahrain Merida), who was left at the front end of the race.  The pair also caught the wheel of the first to attack the climb, Philippe Gilbert (Quickstep).  You can just make out the blue kit of his teammate, Julian Alaphilippe behind the Maillot Vert of Peter Sagan.  Sagan's win puts him 33 points ahead of second place in the green jersey competition.  Given the finale for Stage 6, he nor any of the other sprinters will be contesting for stage honors on the Mur de Bretagne.