Tour Down Under, Stage 4: Quite an Advantage 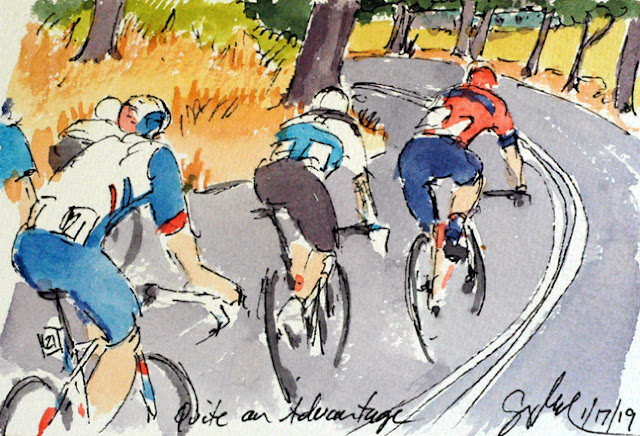 Today's group of escapees (six strong) built up the biggest advantage yet allowed by the chasing peloton.  With 74 kilometers left to race, these guys had almost five minutes on the true contenders behind.  Three of those in the break include Herman Pernsteiner (Bahrain-Merida), Benoit Cosnefoy (Ag2r La Mondiale) and Miles Scotson (Groupama-FDJ).  Cosnefoy is still covered with bandages up and down his right side from his spectacular crash in the sprint at the end of Stage 2.  Clearly, pro cyclist deal well with pain.  After a similar crash in my early amateur career, I hung up my racing cleats.  I chose instead to focus on my more successful (then beginning) art career.