Tour Down Under, Stage 4: Tit for Tat 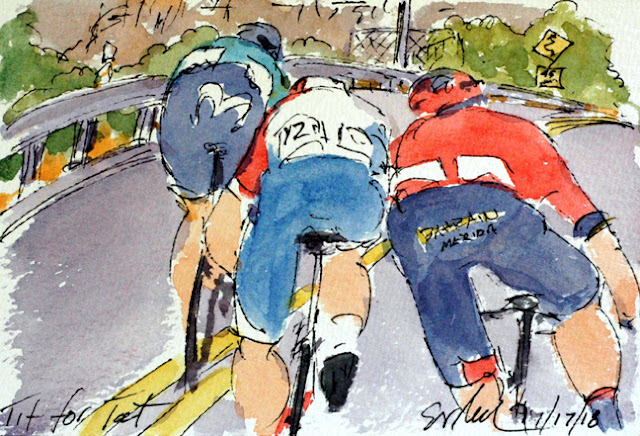 Like every break away that sees a chance for victory, this one broke down as the stronger climbers started attacking the others.  It was the local rider on a French team, Miles Scotson (Groupama-FDJ) who launched the aggressions.  Initially, it was Scotson and the Austrian, Herman Pernsteiner (Bahrain-Merida) that gapped the other four.  Only Jasha Sutterlin (Movistar) that was able to claw is way back to the duo's wheels.  Not content to just catch back on, Sutterlin attacked the others, giving 'tit for tat.'  However, as it oft happens, the aggressions spelled the doom of the break as those behind closed in.

Posted by artofcycling at 4:25 PM