Tour Down Under, Stage 4: Turning the Screws 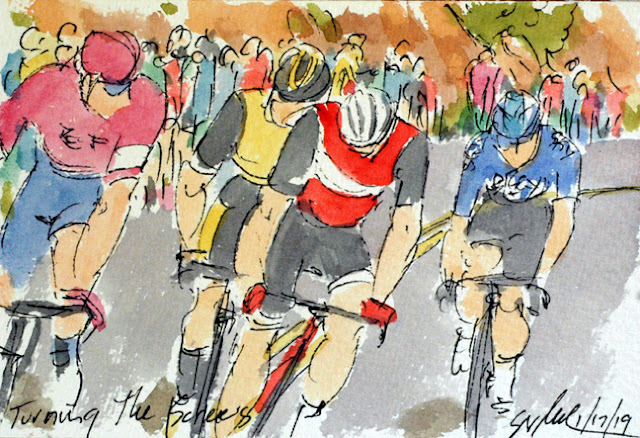 The final climb up Corkscrew Road, was looking like it would separate the contenders from the pretenders.  It was Wout Poels (Sky) who opened up the attacks out of the peloton.  His move was quickly covered by Michael Woods (EF Education First), Richie Porte (Trek-Segafredo) and George Bennett (Jumbo-Visma).  With this burst, both the remanents of the break and the Ochre Jersey of Paddy Bevin (CCC) were swept away.  It seemed as though the race was going to come down to how well this foursome descended.  It did not.  The vastly reduced peloton was able to catch these guys as everyone went over the summit with just four kilometers left to race.