Tour Down Under, Stage 5: Get Me Back on My Bike! 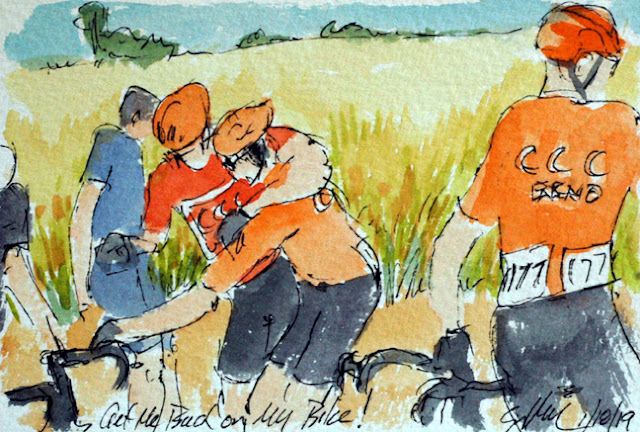 "Get me back on my bike!"  It is what I image Paddy Bevin (CCC) was telling his teammate, Victor De La Parte as the Spaniard nearly carried the race leader towards a new bike brought from the team car.  Michael Sajnok was standing at the ready to pace their guy back into the peloton.  It was going to be a tall order, with just nine and a half kilometers to the finish, the peloton couldn't really afford to wait for the Ochre Jersey.  They did for about a kilometer, but then the sprinter's teams had to get on with their job of trying to get their guy to the line first.

Shockingly, Bevin was able to rejoin the peloton with another two kilometers to race.  His team's sprinter, Franisco Ventoso, was the one to lead Bevin back to the business end of the race, sacrificing his chances in the sprint finale.  It make take a village to raise a child, but it takes a team to hold a race lead.  And hold the lead they did!