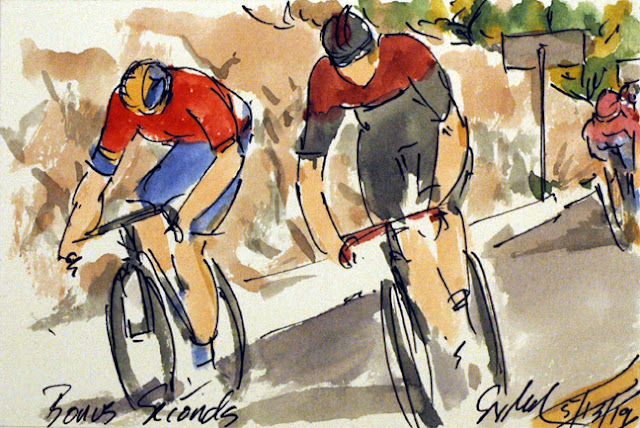 Part of race strategy is picking up bonus seconds at the intermediate sprints along the road.  Normally, those sprints are on flat stretches of road, but the second sprint today was on the climb up Luther Pass with just 30 kilometers left in the stage.  The break was still off the front and it was Dennis Rohan (Bahrain Merida) racing for a new team, vieing for a three second bonus against reigning ToC champion, David de la Cruz (Ineso).  Apparently, Rohan had a slip of gears and just missed getting the maximum seconds, taking second to de la Cruz.  These seconds can be very important, almost every Tour of California has been decided by less than a minute.