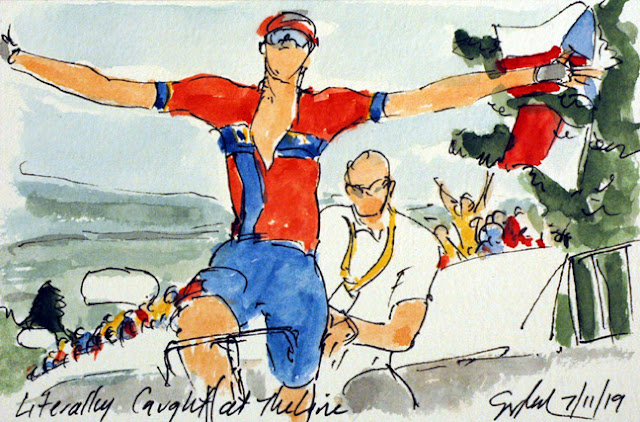 Given how steep the final ascent was, and that the line was right at the apex of the climb, there were helpers ready to catch each rider as he crossed the line.  So it was that as Dylan Teuns (Bahrain-Merida) struggled to raise his arms in victory, he was stablized by one of those assigned with making sure they didn't fall on their faces after the effort of reaching the top.  Teuns took the stage, but it was the man coming in second Giulio Ciccone (Trek-Segafredo) who took over the lead in the Tour albeit by just six seconds.

Be sure to check out my daily videos on You Tube