Tour, Stage 10: Right Back in the Action 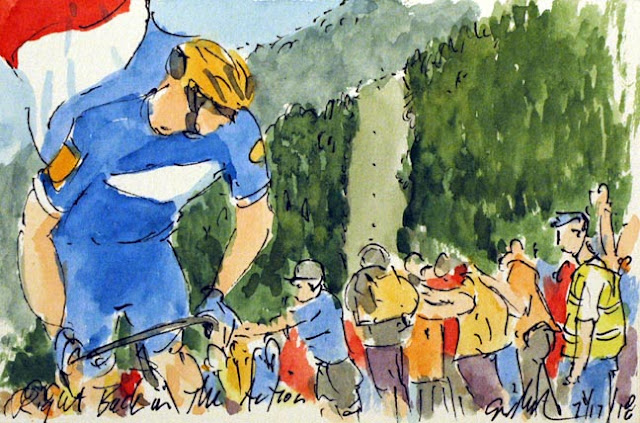 As the lead men road past the screaming French cycling fans, it was their countryman, Julian Alaphilippe (Quickstep) who was going to be first over the Montee du plateau des Glieres.  Now the Rudy Molard (Groupama-FDJ) had dropped off the pace, it was Alaphilippe who took over the virtual Maillot a Pois of the King of the Mountains.  The French are still looking for their first stage win of the Tour and it is beginning to look like Alaphilippe might be able to give it to them.  It has been since the 1980's since a Frenchman has won their home tour in Paris, and it doesn't look like that is going to change this year either.  Though if Alaphilippe is able to keep riding like he did today, there could be an upset in the making.