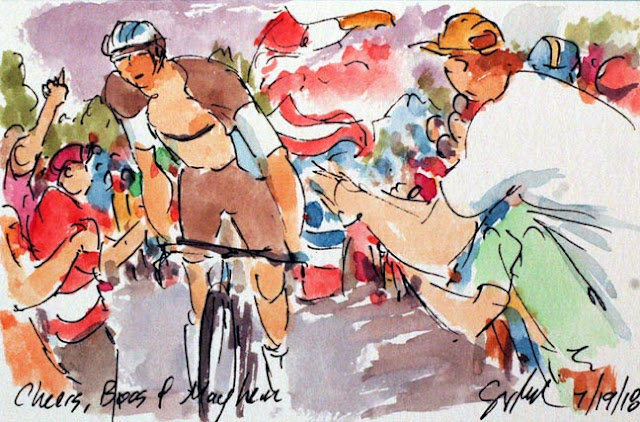 The 21 corners of the climb up Alpe d'Huez are claimed by different nationalities.  As Romain Bardet (Ag2r La Mondiale) rode through the wild crowds of the Dutch Corner, the fans cheered, jeered and set of flares in a mainly drunken frenzy.  They were all the more excited because it was a Dutchman, Steven Kruijswik (Lotto NL Jumbo) who was leading up the climb.  They, unfortunately released a torrent of jeers and boos when Chris Froome (Sky) came through the crowd.  Many are not satisfied with the results of his abnormal tests from the Veulta.  Even worse, it appears that a fan knocked Vincenzo Nibali (Bahrain-Merida) off his bike on the climb.  He wasn't hurt, but it did ruin his chances for the stage win.