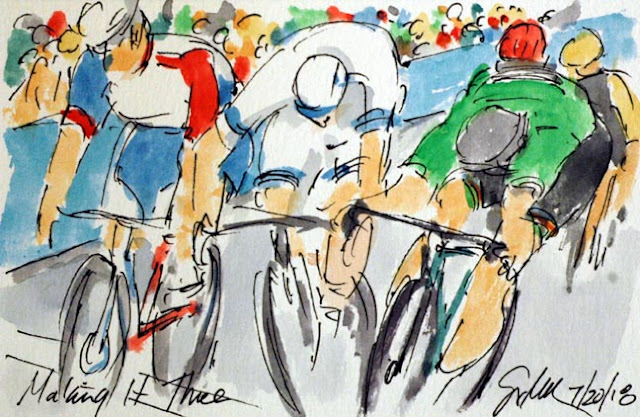 Just because some of the marquee sprinters have been eliminated from the Tour, doesn't mean there wasn't an exciting sprint in Valence.  Peter Sagan (Bora-Hansgrohe) came from seemingly no where to claim his third stage in this Tour.  He has now tied his best record thus far.  With two more sprint stages to go, who knows...  Sagan just got around Alexander Kristoff (UAE Team Emirates) and it was Arnaud Demare (Groupama-FDJ).  Demare had opened the sprint, Kristoff closed, and Sagan came last (but first) to the party.  There probably wasn't a half of a bike length between them.  Will Sagan break his own record for total points acquired in the Maillot Vert competition?