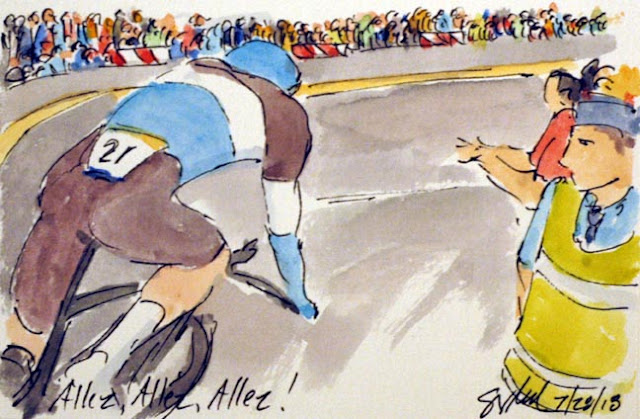 This is the cheer that greeted the best place French rider in the Tour.  Romain Bardet (Ag2r La Mondiale) riding on a French team gave the French something to cheer for.  Unfortunately, the time trial isn't his speciality.  Conversely, he was far enough up on his next rival that he didn't have to worry about losing a place on the general classification.  His sixth place was not what he hoped for, but at least he was in the top ten.  The French have done well this year, taking both the Maillot Blanc of best young rider with Pierre Latour (Ag2r La Mondiale) and the Maillot a Pois of King of the Mountains with Julian Alaphilippe (Quick Step), plus they had a total (thus far) of four stage wins.  Not the Maillot Jaune, but a good Tour just the same.