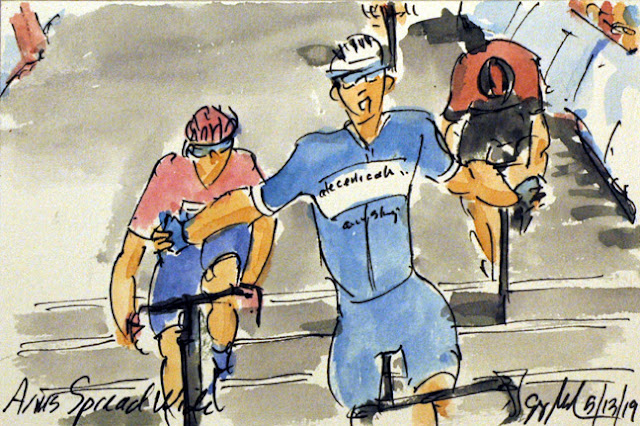 Kasper Asgreen (Deceuninck-Quickstep) had spent the entire stage attacking the break away, yet refuse to give up each time he was caught by the break nor the peloton.  With a final response to Tejay van Garderen's (EF Education First) attack, he went off the front for the final time.  With that he was the one to spread his arms, and beat his chest in victory.  While Tejay wasn't able to get back around the Dane, he had done enough to take over the leader's Yellow Jersey.  Claiming the final step of the podium was the clearly exhausted, Gianni Moscon (Ineso).  Just coming into frame was the young Slovenian, Tadej Pogacar (UAE Team Emirates).  While he may have missed the podium, he did pull on the White Jersey of Best Young Rider.  Asgreen will also pull on the Green Jersey of points leader, making it two trips to the stage ceremonies.