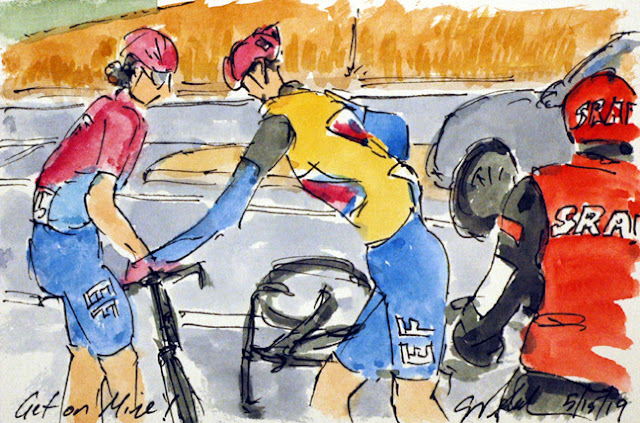 I had gotten into a discussion on twitter about how race mechanics are who make successful bike racing possible, unfortunately for Tejay van Garderen (EF Education First), he found out just how true that was.  With just ten kilometers left in the stage, his chain snapped and the resulting loss of resistances caused him to crash.  With time of the essence, a heads up move by Lachlan Morton of giving his bike over to his team leader (and race leader) minimized the time loss.  However, as Tejay went into the first hard corner on Lachlan's bike, he was unable to make the turn almost crashing again.  Then just has he and his team were about to catch back onto the peloton with about three and a half kilometers to go, another crash slowed down his return.  By the end of the stage, he had lost almost a minute.  His Yellow Jersey was saved by the commissares decision to give all of those effected by the final crash the same time.  I'm a fan of Tejay, but I feel he was the beneficiary of a bad decision.  However I am glad he is still in Yellow.