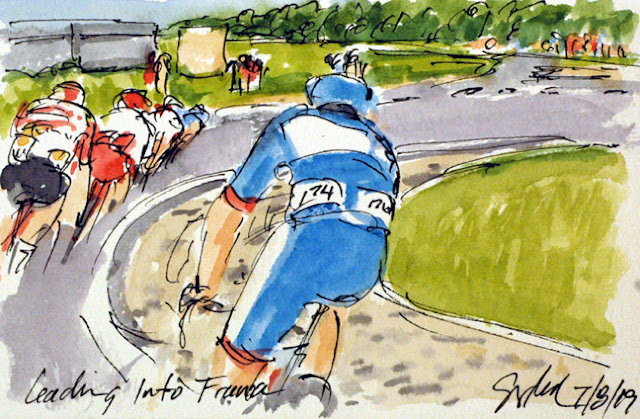 While the race is called the Tour de France, it fequently dips into other countries, or starts somewhere other than inside the French borders.  This year the race spent two days in the adjoining Belgium, but today the race crossed the border into France.  The stage was marked by an early break away of five, three of them were, Paul Ourselin (Direct Energie), Tim Wellens (Lotto Soudal) and Stephane Rosetto (Cofidis).  There have been two break aways in the two road stages thus far in the Tour, Rosetto has been in both of them.  He is wearing the red bib number in honor of his most aggressive rider from Stage 1.

Watch this video of the work coming to life as I talk about painting, the Tour, and whatever else pops into my head...